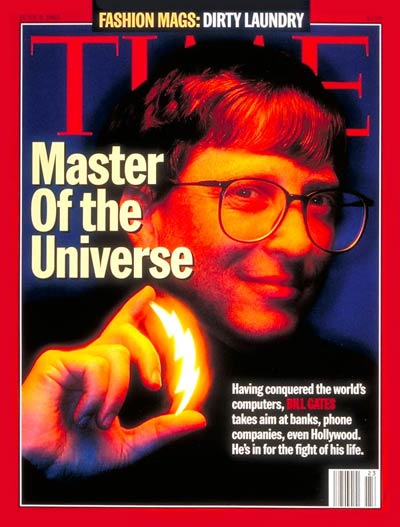 He seems omnipresent — everywhere. He’s on network television — the biggest shows. He’s on radio. He does TED talks. You see him on Youtube (in hundreds of places). You can find him on social media. He’s featured (and often all but beatified) in what are left of newspapers. His company’s ads air during the Super Bowl.

That’s all fine: Everyone in a free world is allowed to accomplish what they can. Everyone is accorded visibility (especially in the age of Facebook).

But it goes beyond visibility. It’s what may be occurring off-camera — backstage — that has many concerned.

He’s the focus of the most prevalent conspiracy theories, with all kinds of dastardly things attributed to him.

I’m speaking, of course, about William Henry Gates III. Everyone knows him as Bill. Is he as nice as he seems? Is he out only for the public good? No one alive has ever given away more money. And through that philanthropy, he may one day soon be the most powerful man on the planet — certainly the most powerful non-politician.

His family lived in the Sand Point area of Seattle in a home that was damaged by a rare tornado when he was seven years old. He’s now in a tornado called the coronavirus vaccine.

And he’s the subject of this new “Special Report.”