Some have labeled it a land-mass version of the “Bermuda Triangle.” (Others might compare it to Transylvania.)

They call it “high strangeness” — an understatement, as it turns out. Having driven hundreds of miles in the area, for this report, let me say I’ve never encountered a region that’s stranger; in fact, I’ve not encountered a place as strange (not yet, at any rate). As just an aside, it was in this part of the United States that a serial killer named Felipe Espinoza terrorized the countryside with two accomplices, killing at least thirty-two people during the nineteenth century. The killer believed he was doing all the bloodletting (shooting victims between the eyes, hearts removed with an ax) on orders from the Virgin Mary!

That deception, that trail of terror, that unholy mission, is only a small part of the high strangeness and truly massive mystery of the San Luis Valley of Colorado, notorious for everything from hauntings, New Age centers, UFOs, and cattle mutilations to suspicious military activity, witchcraft, and unexplained creatures.

In fact, by way of this valley, we may finally be lent insight into all such phenomena (which, as should be made clear, appear interconnected).

(One night, during research, as you will see, I had my own little experience there.) 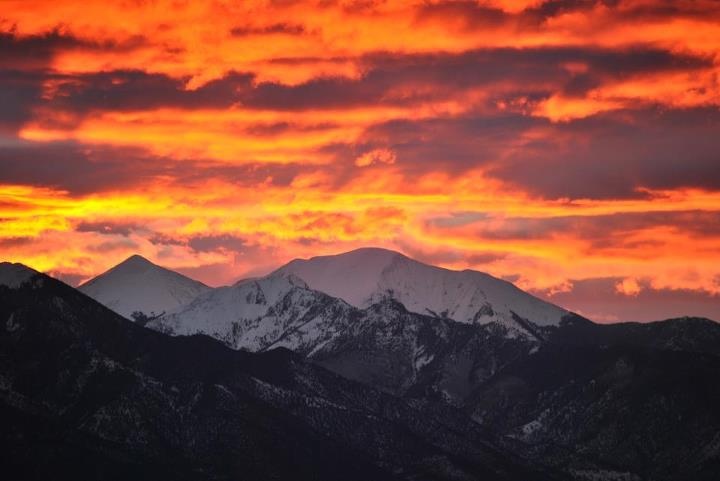 There are globalists. There are Eastern mystics. There’s a clutch of (in my opinion, misguided) nuns.

All of above: drawn here as if by a magnet.

It’s mainly in south-central Colorado (part crosses into northern New Mexico) and I went there for this “Special Report” because I have been hearing about the region for many years — a valley that, as you will see, is as dangerous spiritually as it is mysterious.

Is this where they will spawn an occult world religion?

Is this where we will finally solve occult puzzles of all those types of bizarre manifestations?

Or is it all unsolvable — as Churchill once put it, a riddle wrapped in a mystery inside an enigma?